Warning: Use of undefined constant ‘WP_DEBUG_LOG’ - assumed '‘WP_DEBUG_LOG’' (this will throw an Error in a future version of PHP) in /home/247380.cloudwaysapps.com/ggznvhdpub/public_html/blog/wp-config.php on line 23
 10 of the Best... Children's Counter Service Menus at Disney World - Disney Blog at Magical KingdomsDisney Blog at Magical Kingdoms

Following on from our Best Children’s Table Service Menus, I’m now going to look at the best children’s counter service menus at Disney World. I’ve only included counter service places in the parks and Downtown Disney, and not the Resorts. The Resort counter service tend to offer a slightly better selection, including grilled cheese and turkey sandwiches.

The standard fare at most counter service eateries is chicken nuggets, cheeseburger, mac & cheese, or PB & J, with a choice of grapes or carrot sticks. French fries are usually available on request. 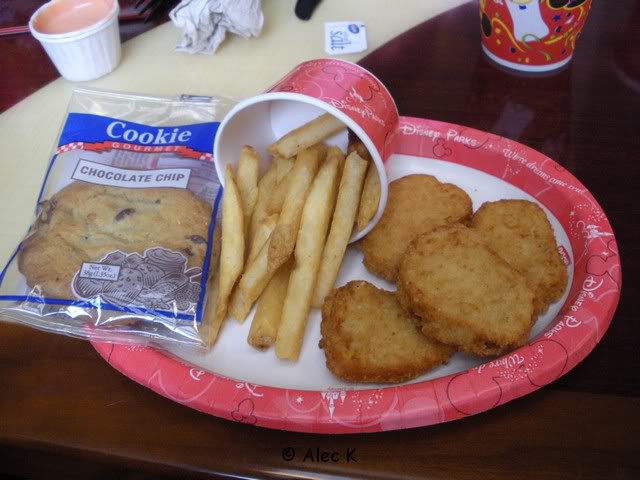 I’ve struggled to find 10 places for this list, and the most of the ones that do have something different to the standard fare only have one alternative option.

Sunshine Seasons (Epcot)
One of the best, with options for kids including Sweet & Sour Chicken, Make your Own Mini Sub, Chicken Leg with mashed potatoes, plus the obligatory standard of Mac & Cheese.

ABC Commissary (Disney’s Hollywood Studios)
Offers Ham and Cheese Wrap as an alternative to the Cheeseburger and Chicken Nuggets they also serve.

Electric Umbrella (Epcot)
Has a Grilled Chicken Wrap in addition to Cheeseburger and Chicken Nuggets.

Lotus Blossom Cafe (Epcot)
Has Sweet and Sour Chicken, but it’s the only option for kids.

Pizzafari (Animal Kingdom)
Cheese Pizza and Mac & Cheese are on the menu here.

A special mention goes out to El Pirata y el Perico (Magic Kingdom), which although it has two unusual options, is rarely open. If you’re lucky enough to be there when it is open, your kids can enjoy a Taco or Quesadillas.