Meeting Characters on the Disney Dream

One of the many great things about sailing on the Disney Dream is the abundance of characters you’ll find onboard.

Most characters make more than one appearance for meet and greets, and with a few exceptions, the lines don’t tend to get too long, meaning low wait times.

So how do you know when and where the characters will appear? A quick check of your Personal Navigator will reveal the times and locations for each character for that day. A screen in the lobby also displays meet and greet times for that day, or you can dial 7-PALS from your stateroom phone for a full schedule.

Along with individual character appearances, such as Mickey or Donald, characters also appear in groups all at the same time. On the last day, “See ya Real Soon,” is a group character event in the lobby, where you’ll find the likes of Mickey, Minnie, Goofy, and Pluto. At this meet and greet you’ll need to get in a new line to meet each character. But at the Princess gathering there’s just one line to meet all Princesses. 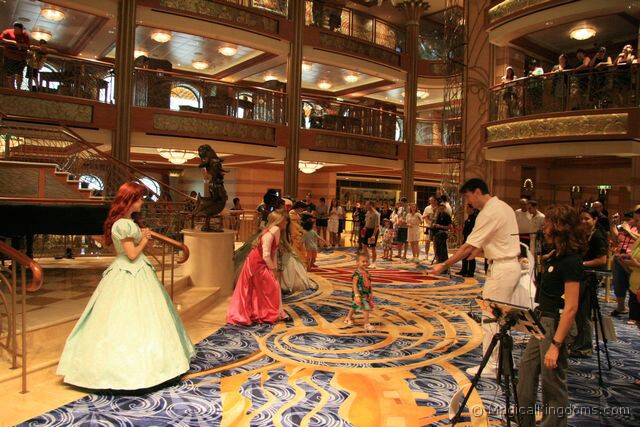 The Princess Meet and Greet is probably the most popular onboard. Normally held twice, once on Nassau day and once on at sea day (4-night cruise), around 9-9:30am. If possible, try to attend the one on Nassau day, as the at sea day meet can have waits of over an hour. Whichever you attend, check your Personal Navigator for the start time and try to arrive 30 minutes early. You could of course arrive earlier, but the greet area won’t have been set up and you could find yourself waiting in the wrong place. Several Princesses were out on our cruise – Snow White, Aurora, Tiana, Belle and Ariel. Cinderella should have been there too, but had “problems with her glass slippers!” As mentioned above there’s just one line, and once you’ve met the first Princess you’ll be next in turn for the next Princess. 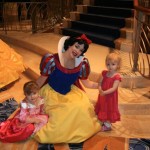 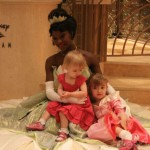 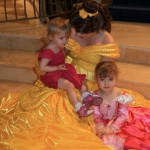 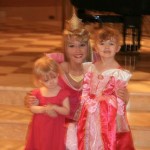 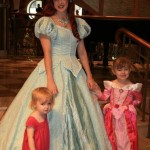 Tinker Bell is another popular meet, especially on pirate night, but doesn’t get lines quite as long as the Princesses. 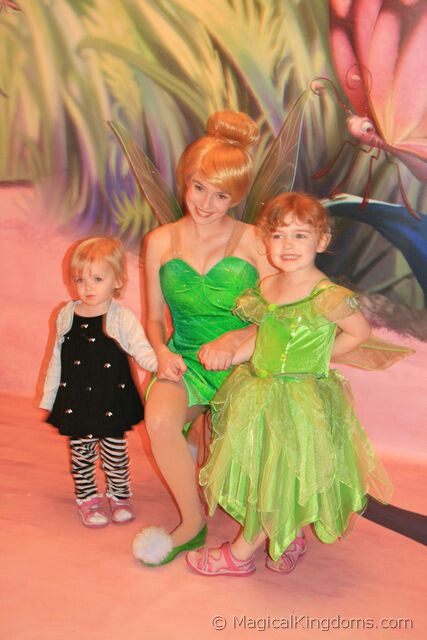 Main characters, such as Mickey, Minnie, Donald and Goofy appear many times during the cruise, and have several different outfits. So just because you saw them at one time, don’t dismiss going to meet them again as they’ll probably be wearing something different. 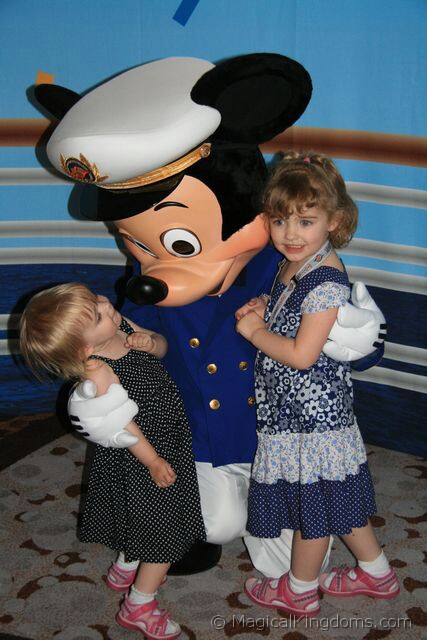 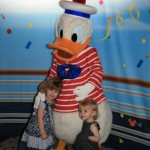 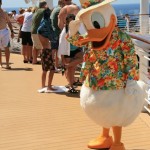 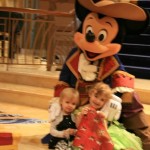 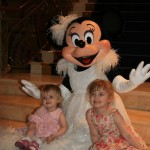 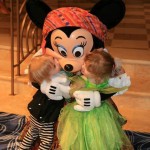 And then there’s Castaway Cay. If you can tear yourself away from the white sand beach or crystal clear waters, you’ll find a number of characters appearing around the island and in front of the ship at different times during the day. 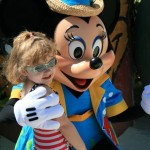 Something different from the regular meet and greet are the character dance parties. You’ll find them onboard and on Castaway Cay. While you can’t get autographs done, you may get some great photos of dancing with your favorite character. 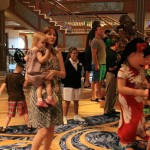 Characters also make special appearances at the Oceaneer Club and Lab. The Green Army Men may show up for Toy Story Boot Camp, and you might see Lilo and Stitch at the Aloha Luau. Little ones aren’t left out and get visits from various characters while they’re having fun at it’s a small world nursery. 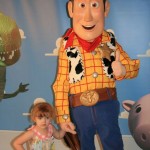 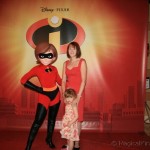 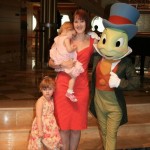 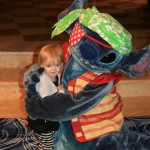 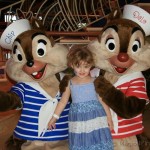 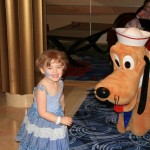 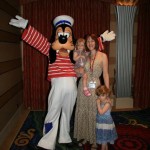 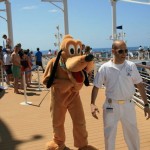 You’ll normally find one of the ship’s photographers at each character meet, who will take your photo which you’ll later find in your personal folder at Shutters. If you want a photo of your whole party on your own camera, just ask the Crew Member who’s accompanying the character.

When you get your Personal Navigator each evening, check the character greeting times and mark off which you want to attend. At peak times, such as late afternoons, evenings and days at sea there will be several which overlap. If you plan it right you can go from one to another within a short space of time.

Some locations are designated as photos only. At these places, autographs will not be allowed, due to time constraints.

At the group greets such as “See ya Real Soon” first get in line for the most popular character (e.g. Mickey) whose line will be longest, then move onto the next most popular, and so on.

When you get near to the front of your line get your autograph book open at a blank page, your pen ready and camera switched on.

Face characters (Cinderella, Snow White, etc) can all speak and interact with guests, so don’t be shy about engaging them in conversation!

The Characters especially love it if you’re dressed up like them, or have a picture of them on your clothing.

Remember that most characters make more than one appearance onboard, so if you miss one opportunity, keep an eye on the Personal Navigators for another meet and greet.