During the Disney Magical Moments Festival (from 6 April 2011) at Disneyland Paris, guests step into the spotlight to star in their very own adventures inspired by classic Walt Disney Pictures films. From Fantasia to Alice in Wonderland, from Peter Pan to The Jungle Book and The Lion King, everyone can experience their own spectacular moments that will create memories to last a lifetime. 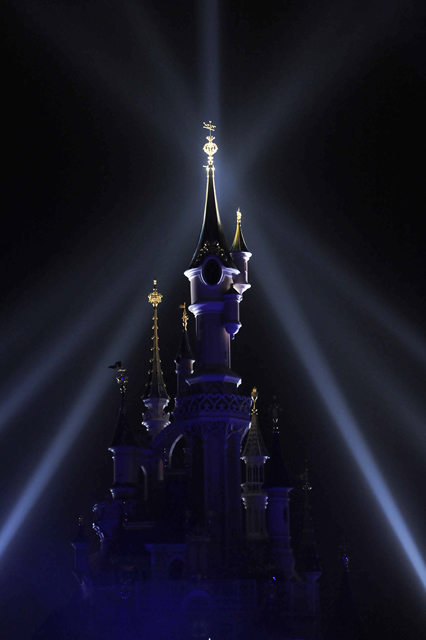 Get swept up in classic stories from Snow White to Tangled, Beauty And The Beast, Cinderella or The Princess And The Frog.  Or take part in the adventures of the new Disney•Pixar generation stories from Ratatouille, Cars, Wall-E, Monsters, Inc. and the Toy Story films.

Get swept away in a whirlwind of Disney Magical Moments!

In 2011, there is something for everyone at Disneyland Paris. Get ready to experience endless magical moments, full of action, adventure and emotion on a dream holiday with family and friends.

Some highlights of the Magical Moments Festival…

1 – Mickey’s Magical Celebration
Every day, the Disneyland Park stages a spellbinding show in front of Sleeping Beauty Castle. This fantastic production stars Mickey surrounded by Disney Magicians, from Genie to Merlin, and even Cinderella’s Fairy Godmother. Anything is possible with a sprinkle of pixie dust and a little imagination. 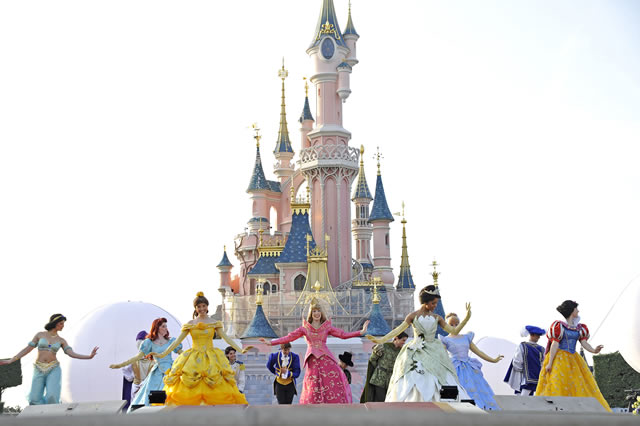 2 – Disney Princesses: A Royal Invitation
Disneyland is the perfect place to meet your favourite Disney Princess. Snow White, Cinderella, Aurora, Ariel, Belle, Jasmine, Tiana… they’re all waiting to meet you. A royal invitation to come and capture the most enchanting of Disney moments.

3 – Following the Leader with Peter Pan
It’s a real crocodile-snappin’ adventure for Lost Boys and Girls and absolutely anyone who’s never wanted to grow up. Help Peter Pan, Wendy and his band of Pirates give Captain Hook a real fright by joining your favourite characters on this interactive adventure. 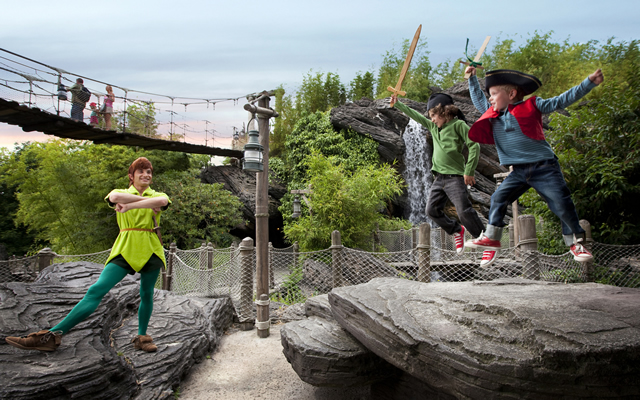 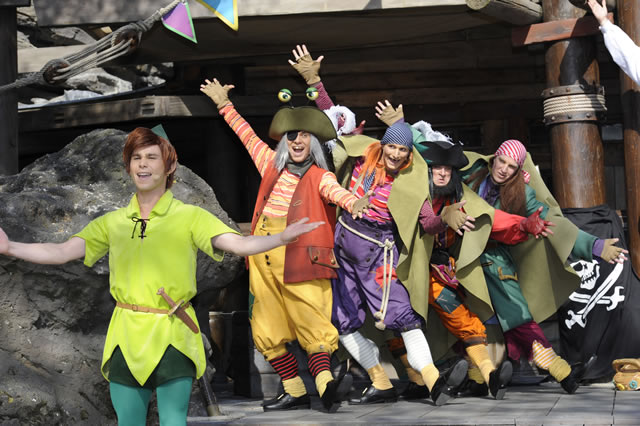 4 – The Wonderful World of Alice and The Mad Hatter
The Mad Hatter has set the zaniest of tables to celebrate thousands of un-birthdays in Wonderland. A chance to savour a succulent cup of imaginary tea not far from the  Dormouse and his teapot. 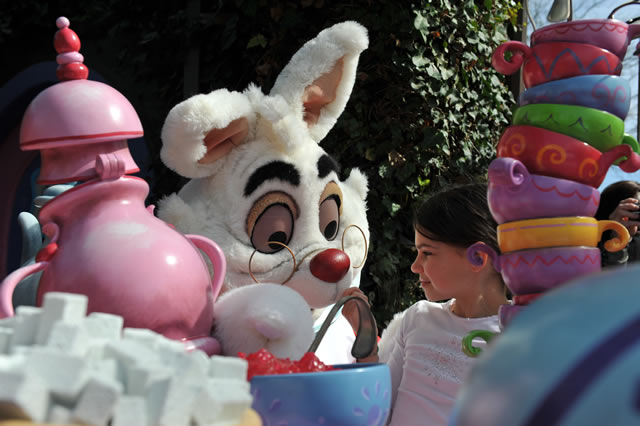 5 – Adventureland rhythms of the jungle
The “Hakuna Matata” terrace becomes the new hotspot for getting down to the sound of tam-tams with the heroes of Disney Classics such as The Jungle Book and The Lion King. Untamed winds are blowing over Adventureland and may bring along performances from characters such as Baloo, King Louie, Timon, or the wise old Rafiki for a frenzied dance. 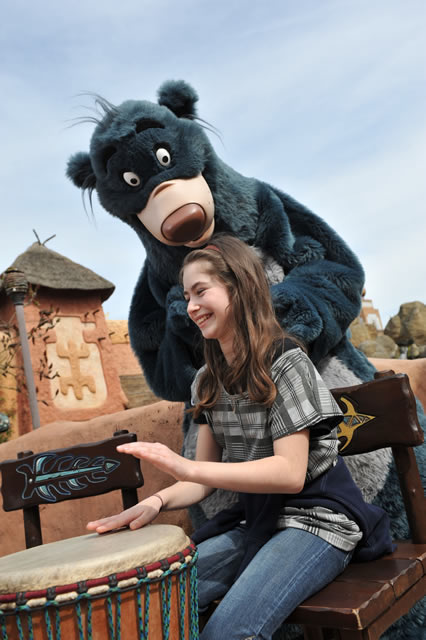 6 – Moteurs… Action! Stunt Show Spectacular featuring Lightning McQueen!
The most exciting automobile stunt show welcomes a feisty new star, Lightning McQueen – soon to be seen in the Disney•Pixar film Cars 2. This is set to be one fast-paced moment, so look out for Lightning McQueen when he hits the asphalt. 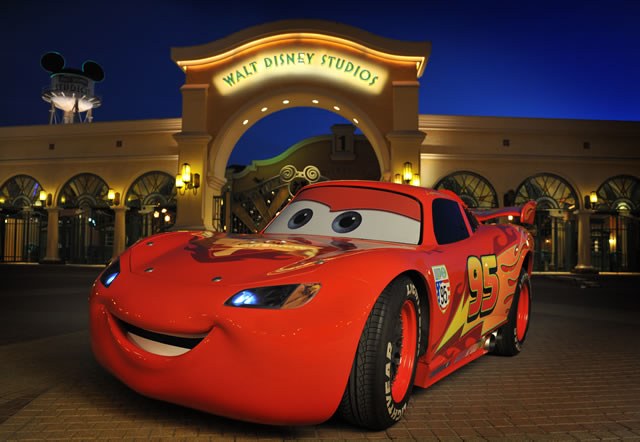 7 – Meet Rapunzel from Walt Disney Pictures’ Tangled
The latest Disney heroine is decidedly modern… from her feisty temper to the tips of her magical, long hair. Discover Rapunzel’s story by stepping into a giant pop-up book for a magical photo moment in Fantasyland! 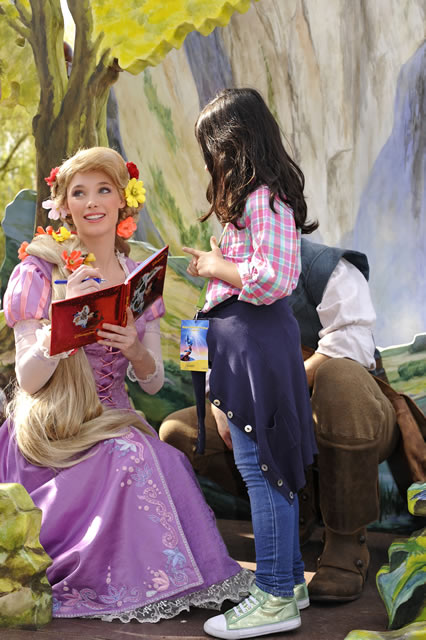 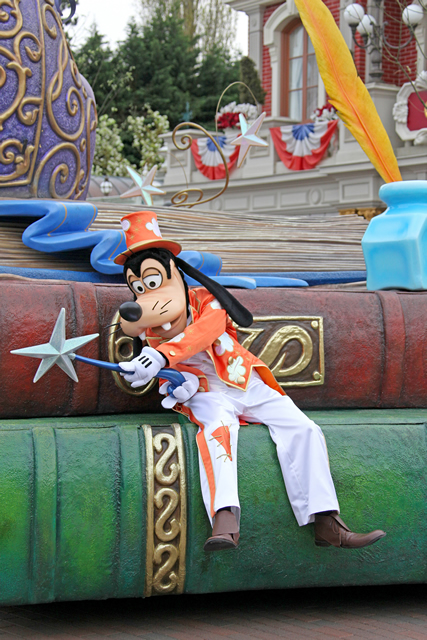 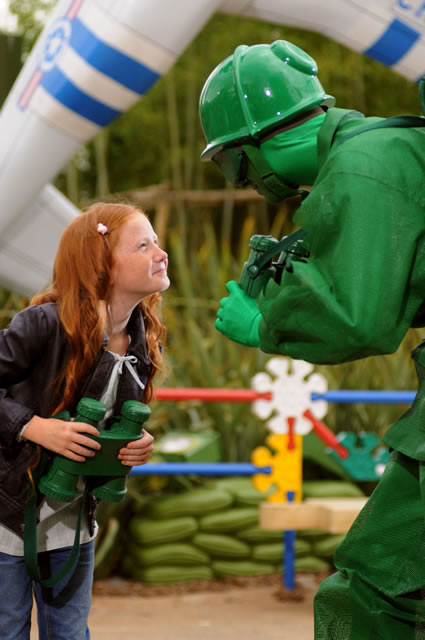 10 – Smile and say “Cheese” with Remy and Emile
Remy the gourmet and his gluttonous brother Emile have ordered a huge French cheese platter for guests at the Walt Disney Studios Park. Pop your head through the holes and say cheese – for a fun food moment to remember forever.

12 – Aladdin’s Magic Lamp
Hidden somewhere in Adventureland… is Aladdin’s famous magic lamp. Plunder the market of Agrabah and release the Genie – to receive your three wishes and pose for a picture with the world-famous lamp! 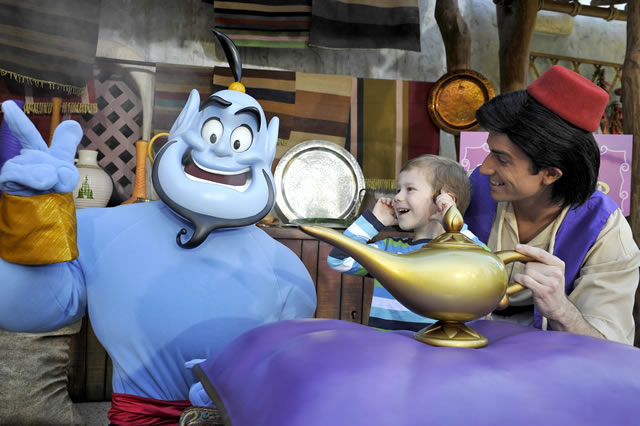 13 – Share the love with Wall-E and Eve!
Celebrate Wall-E’s love for Eve in Discoveryland. Get swept away in timeless love story full of humour and romance from these two heroes of the 28th century. 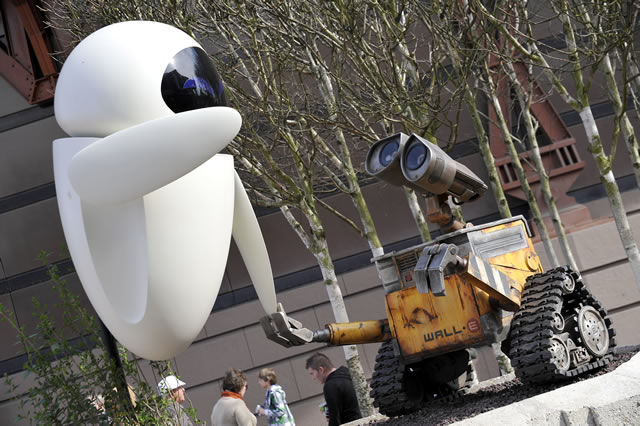 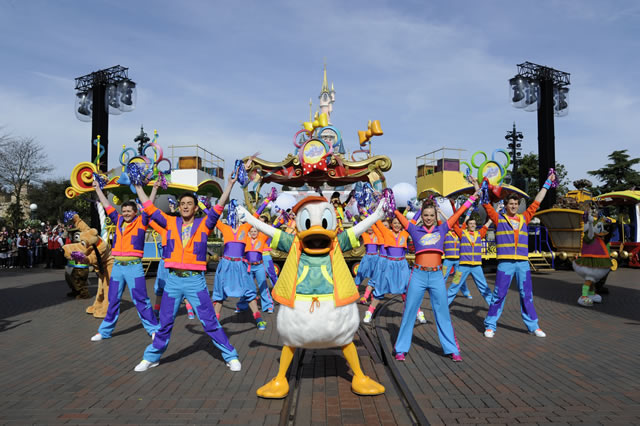 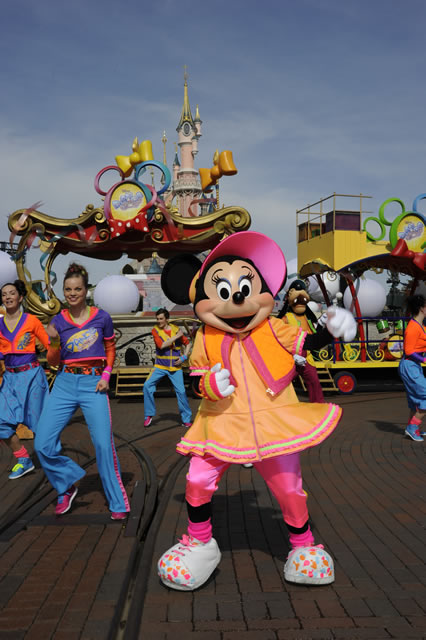 These and many more magical moments are waiting for you to create your own Disneyland Paris experience.
Disney magical Moments Festival… where guests become the heroes of their favourite Disney stories!

Book your stay at Disneyland Paris now and save up to 25% on hotel, park tickets and even transport!

3 thoughts on “Let The Magical Moments Begin at Disneyland Paris”